BIOPHARMA LABORATORIES started its activity in 1994. as a Bulgarian-Italian consortium, mainly engaged in the import of high-class Italian hair products. The high quality of the products
quickly imposed the brand on the Bulgarian market. Even at that time, the company was an innovator on the market with some of the first masks and ampoules for hair in Bulgaria. Later it became the first importer of liquid crystals in our country.
The second step in the development was a production in Italy under our brand, which lasted for several years.

In 2001 the company built its own base and production, buying Italian recipes for quality products.
In 2005 the company formed a laboratory team in order to create its own developments.
The company continued to be Bulgarian-Italian owned until 2016 when the Italian partner withdrew and left it an entirely Bulgarian company.

Since 2016, the company is run by the second generation of owners who have inherited the good practices but at the same time do not stop pushing for innovation. The result is an inclusion of a product of the company in the World Report on Cosmetic Trends CosmoTrends at the largest and oldest cosmetics exhibition in the world – COSMOPROF in 2019.

The products developed in BIOPHARMA LABORATORIES are the result of continuous research, precise selection and control of raw materials of cosmetic and pharmaceutical quality, which guarantees reliability and efficiency.

Full member of the Bulgarian National Association of Essential Oils, Perfumery and Cosmetics.

The company’s product is in the World Cosmetics Trends Report CosmoTrends / COSMOPROF 2019.

Our development and analysis team is led by a master pharmacist and a safety assessor. Includes a process engineer, a legal advisor and two molecular biologists.

The company successfully operates in over 24 international markets.

The young, determined and creative team of BIOPHARMA LABORATORIES is constantly developing the company’s activities.

The production, laboratories, commercial and administrative activities of the company are located in its own modern base in Plovdiv. 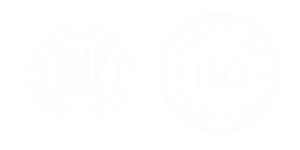 Become a part of our community!
Registration complete. Please check your email.
Lost your password?

Recover your password
Password reset email has been sent.
The email could not be sent. Possible reason: your host may have disabled the mail function.
Log in